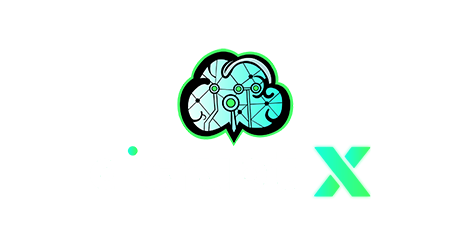 The use of wireless connection and data sharing to anyone and anywhere in the world is unstoppable.

The use of the Internet, the most significant component of the Internet of Things, first started out in the 1960’s. Later on in 1982, a modified Coca Cola Machine in Carnegie Mellon University became the initial concept of IoT as an Internet-connected appliance. Then, in 1999, Kevin Ashton of Procter & Gamble coined the term “Internet of Things” during a time in his career when he wanted to show the effectiveness of Radio Frequency Identification (RFID) to the accessibility of the physical world to the Internet. However, it was only around 8-10 years after his presentation when the Internet of Things became widely popular. Fast forward to today, the Internet of Things has not only become a concept or an idea to the physical world but also an aid, guide, and productivity enhancer to both industry machines and human lives. IoT has become widely known as what’s behind the world’s greatest connection’s convenient data sharing – connecting billions of devices and platforms with each other through the Internet. But how great has really it influenced the market today and how far will it still grow in the next few years?

The use of wireless connection and data sharing to anyone and anywhere in the world is unstoppable. In our modern world today, digitalization and technology continues to strive for improvement and disruptive innovation leading to increasing fluctuations in the markets of different industries within a span of a year. Today, wireless technologies thrive around the world making IoT an in demand necessity to both developers and users. A massive amount of percentage of business enterprises using IoT technologies in both their operational procedures and/or their products and services increases yearly, regardless of their business size. This is for the reason that as technological and digital innovations enhance, so does consumer demands and industry products and services display expectancy. Both our world and economy ages, and people expect growth in any industry – thus the consistent demands in advancement by both consumers and industry leaders.

According to a post in Research and Markets, in Asia Pacific’s Agriculture market alone, the IoT market stood at $0.12 billion in 2018 and is still anticipated to annually grow reaching $0.65 billion by 2025. IoT is much needed and helpful to the Agricultural Industry as demands in food continuously increases, smart and proper waste reduction is consistently being implemented, and the continuous growth of climate change is still one of the greatest risk factors in agricultural production. Despite this, Agriculture is only second to the top beneficiary of IoT. The Banking, Financial Services, and Insurance industry holds a major share in terms of market revenue of the IoT market, in 2019. This is because of the increasing demand to develop new ways to successfully and efficiently monitor banking, finance, and insurance transactions around the world through billions of connected devices. With this, the industry will gain more trust from their clients as well as reliability amongst business competitors.

Aside from the two given industries, IoT also positively affects the market growth of Healthcare, Retail, Manufacturing, Transportation, and of course IT industries, as well as the government. Because of the positive effects of IoT in many operations, these industries make use of IoT’s advantages to boost up their market scope in many ways. Healthcare, for instance, has become more advanced today compared to previous years with the use of IoT. Machineries useful to health treatments become connected to other devices as well as networks, providing convenient access to patient records, researches, and other essential operations under the medical world – all at real time.

The Manufacturing industry uses IoT for a wide variety of purposes, one of which is the productive flow of operations.

Because of IoT, manufacturers get to experience better connections with their businesses even without the need to be present in the area.

This gives them the opportunity to get a lot more productive whilst being efficient at times of their business’ operations, and opening rooms for improvements, researches, and a lot more – benefitting both management, workers, consumers, and the industry itself.

Overall, the market of the Internet of Things was valued at $193.60 billion in 2019 and is expected to grow at $657.31 billion by 2025, at a compound annual growth rate of 21% from 2020 to 2025; and as digitalization and technology continues to grow, and as machines start to work as efficient (sometimes, even surpassing) as humans, the demands in the integration of the Internet of Things with almost anything continuously grows making the expected growth of IoT market never impossible.

The bedding was hardly able to cover it and seemed ready to slide off any moment. His many legs, pitifully thin compared with the size of the rest of him, waved about helplessly as he looked.

“What’s happened to me?” he thought. It wasn’t a dream. His room, a proper human” although a little too small, lay peacefully between its four One morning, when Gregor Samsa woke from troubled dreams, he found himself transformed in his bed into a horrible vermin.